In October this year, Bitcoin reached its highest price ever at $5,856.10 per coin. The demand for Bitcoin has no doubt been fuelled by speculation into how high it might still rise – and if it will become the currency of the future.

Several high profile people in the tech world are enthusiastic about the potential of digital currencies. It wasn’t too long ago that Bill Gates stated, “Bitcoin is better than currency in that you don’t have to be physically in the same place and, of course, for large transactions, currency can get pretty inconvenient”. But despite interest from some prolific industry players, it’s not all plain sailing; there are a number of user experience issues that need addressing before Bitcoin and its ilk can truly become currency for the masses. 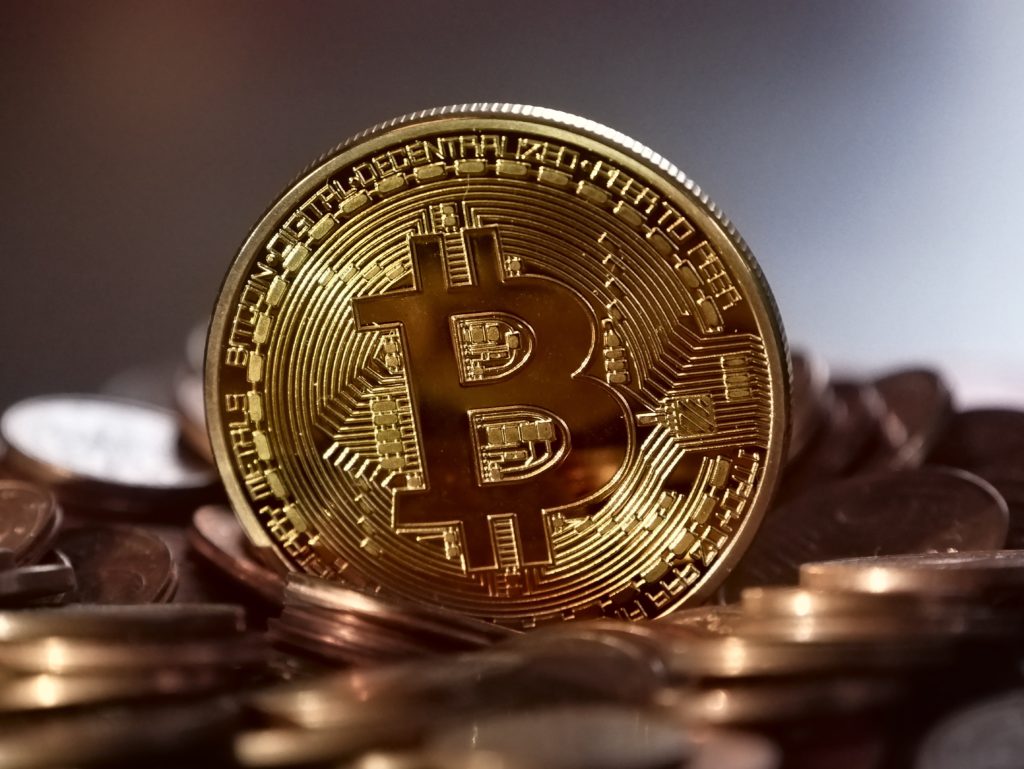 Digital currencies – What are they?

Digital currencies are discovered by ‘mining’ using complex mathematic formulas on a decentralised system (or network), stored on thousands of computers across the world. Digital currencies are restricted entries made in a database, which is known as Blockchain. Blockchain is the technology that underpins Bitcoin, which works like a giant log book (or ledger) where it records all Bitcoin transactions that occur. Because it is encrypted and spread across thousands of computers, it’s supposed to be much more difficult to hack.

It’s not just Bitcoin that’s out there: there are lots of other digital currencies on the market. For example, Ethereum, Bitcoin Cash, Neo and Dogecoin, all work on a similar premise.

2) Where to buy Bitcoin
Bitcoin can be purchased from a number of dedicated websites, called exchanges (e.g. Coinbase and Bitstamp). On these websites, you can purchase Bitcoin using traditional currencies (e.g. Pound Sterling) lodged directly from your bank account. It’s not always possible to use traditional currency when purchasing some types of virtual currencies – so you may need to use Bitcoin if you want to purchase less prominent digital coins.

3) What is a Bitcoin address?
A Bitcoin address is a single-use token – almost like an email address – that enables you to send and receive Bitcoin. It is the unique identifier on the network that represents your account. Unlike e-mail addresses, for security reasons a Bitcoin address should only be used once. Most Bitcoin websites create new addresses for you when you create a new invoice or payment request.

4) What is a private key?
When users are issued with a Bitcoin address, they are also issued with Bitcoin private keys that are mathematically related to the Bitcoin address (they look something like this: 16qT3iLQ7d5MiEfFZYie6mfRNHUFZ3NzH), and it’s this key that allows you to spend your Bitcoins. It’s extremely important that this number is kept safe; if it falls into the wrong hands you could end up with someone spending your Bitcoins without your permission. In some cases, you may also be able to use a QR code (if one’s provided).

There is huge potential for improvements in the usability of digital currencies. The learning curve is steep and will no doubt prove to be a barrier to entry for some. International standard, ISO 9241-11, defines usability as, “the extent to which a product can be used by specified users to achieve specified goals with effectiveness, efficiency and satisfaction in a specified context of use”… which brings us to a couple of other issues with Bitcoin.

Satisfaction
Imagine paying for a pint in your local pub. “How you would like to pay?” the barman asks. To this you reply, “Bitcoin, please”. The Barman goes to the cash register and says “that’ll be 0.000924666 Bitcoin, please” (at the time of writing, £1 was equal to 0.000231167 Bitcoin) – but how do you know that’s the correct amount?! Should you get out your Bitcoin (XBT) to British Pound (GBP) calculator, or accept that the barman is probably right (or not deliberately deceiving you) and didn’t put the decimal point in the wrong place? The more obscure the number is, the more vulnerable to human error everyday transactions become. Constantly wondering if they have overpaid won’t exactly make users feel satisfied.

Effectiveness & Efficiency
A potentially more serious issue for Bitcoin is that public Blockchain is currently slower than the transaction services provided by that of private payment systems – i.e. paying by bank debit or credit card. Arthur Hayes, CEO and co-founder of BitMEX, stated that he doesn’t “think bitcoin is going to replace consumer facing activities, like buying a cup of coffee or buying a magazine”. The issue being that if you purchase something using Bitcoin, you may be waiting minutes (or even hours) for the transaction to be processed (this relates to our ‘mining’ discussion earlier). Clearly, this is a usability let down from both an effectiveness and efficiency point of view.

It’s important to note that there are much faster digital currencies (such as the “Lightning Network”) on the market, and they may yet prove to be more useful than Bitcoin for everyday transactions for both consumers and businesses.

Trust in Digital Currencies
Like all currencies, digital currencies can be traded in financial markets. The value of digital currencies tend to fluctuate greatly – and sometimes within a very short time period. For example, in September this year, Bitcoin dropped by 14.62% in value… in one day (making that pint we mentioned quite a bit more expensive)! The recent drop in value has been caused by rumors that China might ban digital currencies outright. In addition, Jamie Dimon at JP Morgan recently claimed that “cryptocurrency is only fit for use by drug dealers, murderers and people living in North Korea”, which (as you can imagine!) spooked the market and subsequently decreased the value. Of course, the same can be said of any currencies, but digital currencies tend to be much more volatile than that of their traditional counterpart.

This brings us to a really important aspect of any product or service – trust. As defined by the Nielsen Norman Group, the Pyramid of Trust (based on Maslow’s Hierarchy of Needs) outlines how websites and, by extension, products and services must meet “users’ basic trust needs before they demand that visitors enter information or engage with them”.

Based on the above steps, I think it’s fair to say that there’s some improvements that could be made. Looking at Step 1, and using our earlier example of buying a pint, we need to ask: can Bitcoin help me accomplish my goal? In theory it can, but it’s not as straight forward as it might be, and there aren’t many retailers allowing customers to pay in Bitcoin. There are also issues satisfying Step 2, such as whether using Bitcoin is better than the alternative options. In the future it could be, but right now? Probably not. The payment methods provided by private financial institutions are more established, faster and easier to use. Step 3, trust with personal information, ultimately depends on the service provider used to purchase Bitcoin. Some exchanges have been hacked in the past and not just personal information has been stolen, but actual Bitcoins were also pinched – which doesn’t inspire the confidence needed to complete Step 4.

Digital Currencies: the future or flash in the pan?

Despite some initial glitches, I’m still excited about the prospect of digital currencies. If we are to believe the potential that Bill Gates (and others) seem to see, the issues we’ve discussed may just be teething problems in an emerging and innovative technology. Digital currencies are still in their infancy and require some learning and a new way of thinking for users. So, for these currencies to obtain mainstream use, consumers’ mental models need to be understood and designed for. Where there are gaps between the technology and the user’s expectations, new mental models will need to be nurtured, which will go a long way to improving the usability, and help to build trust. User experience, and consequently, user-centred design will be critical to the success of the digital currencies. Let’s see how it takes off – or how / why it doesn’t – maybe we’ll have to wait for digital currencies 2.0 for the real payment revolution to emerge.

Want to learn more about designing for digital currencies? Get in touch, we’d love to chat.