Sometimes, it can feel like a battle to advocate for a practice that isn’t easily understood (or is often misunderstood), even if it can greatly improve your business’ product, site or service. User Experience is a great example of this; most people get that it’s a “good thing”, but few organisations actually go about actioning UX-focused practices or projects.

That’s why we invited five UX evangelists to speak at our latest workshop, UX On The Front Line, sharing their experiences of implementing UX within their organisation, using either a specific project or things they’ve learned throughout their career as examples. 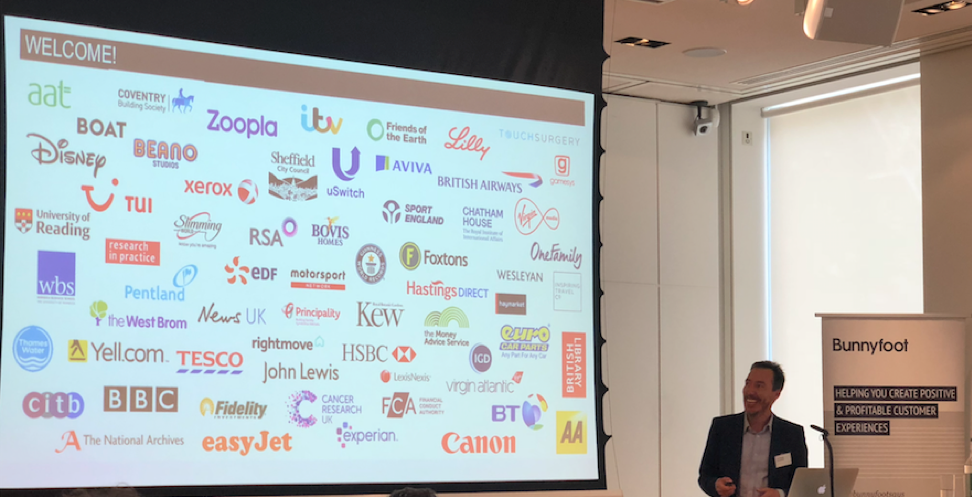 The workshop was hosted at The Goldsmith’s Centre, and we were chuffed to see both new and familiar faces in the crowd.

The first speaker to take to the stage was Martin Riggall, Head of Digital Services at Sheffield City Council. One of the most inspiring things about Martin’s presentation was his emphasis on giving users (in this case, Sheffield’s constituents) a “voice” when it came to the sites and services that affect their everyday lives. 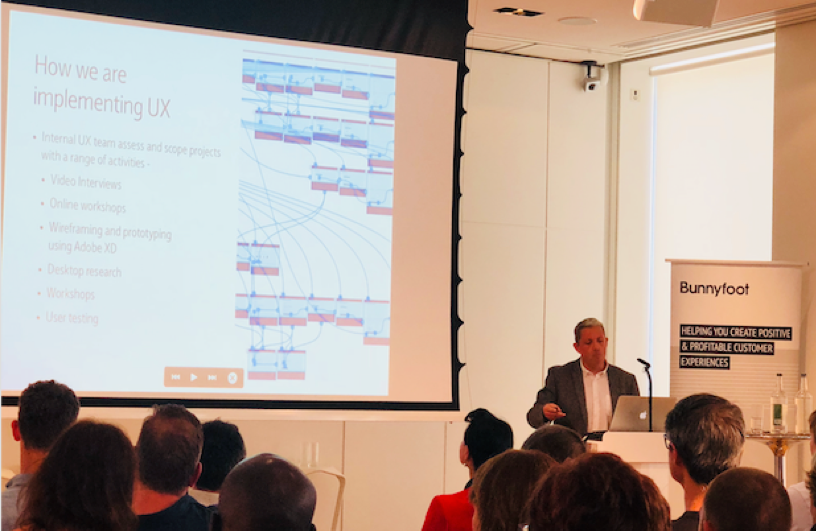 It was something that Sheffield City Council hadn’t done before, but the benefits spoke volumes: engagement had skyrocketed and the longer-term financial savings were significant (even allowing them to build up an in-house team).

We then welcomed James Nation, Head of Design and UX at Beano Studios. James talked us through the process that he and his team followed when launching the newly created Beano website. James’ presentation demonstrated that conducting testing can create real empathy between stakeholders and users, resulting in beneficial decisions about the content on the site, its information architecture and the visual design that otherwise may never have been made. 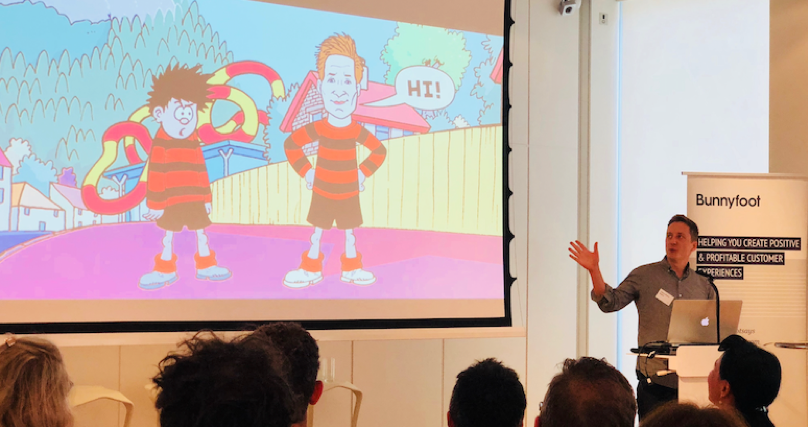 Sabrina Duda, UX Researcher at Experian Data Quality spoke next. Sabrina’s presentation posed an interesting question to the audience: are UX advocates at war? And, if they are, what tactics can they use to win? 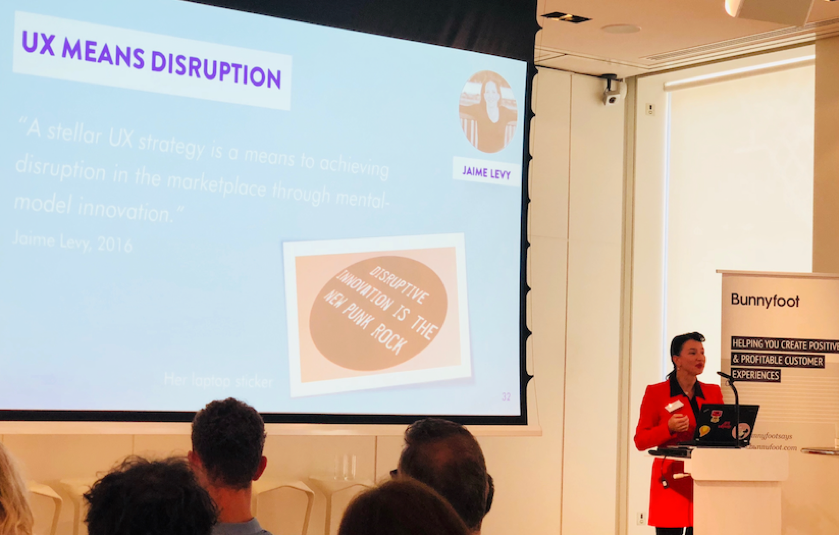 Luckily, Sabrina was able to answer both questions, and give plenty more insight into ways you can convert others within your organisation: being disruptive (enough that you can make an impact, but not so much that you alienate those around you), aligning the issues your users have with those of the business, and just generally being positive were just some of the solutions she’s tried and tested throughout her career.

Following Sabrina was Scott Room, Head of Product (TV and Sport) at BT. Scott talked the audience through the challenges his team had faced when running a UX project (these included the always-relatable budget restrictions, shifting business priorities and technological challenges), as well as the highs after the project was completed: being able to develop a roadmap for the future, developing a truly customer-focused end product, building a highly motivated and passionate team… and a couple of award-wins to boot!

Finally, Stuart Roberts, Head of Digital Operations at EDF Energy, talked about the journey to customer-centred design… and why you can never really reach the end! 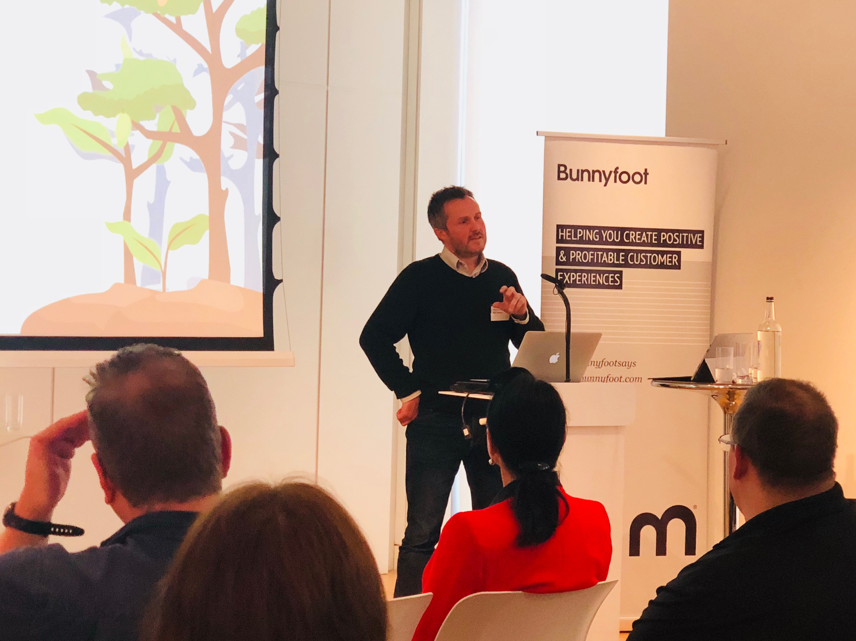 Something that really resonated with the audience was when Stuart pointed out that every customer-facing touch point or channel will have its limitations, but the key principles of designing journeys are the same across these channels – including for newer tech like chatbots, voice user interfaces and others.

The five speakers then took part in a panel discussion, where they answered questions from the audience on all things UX strategy. 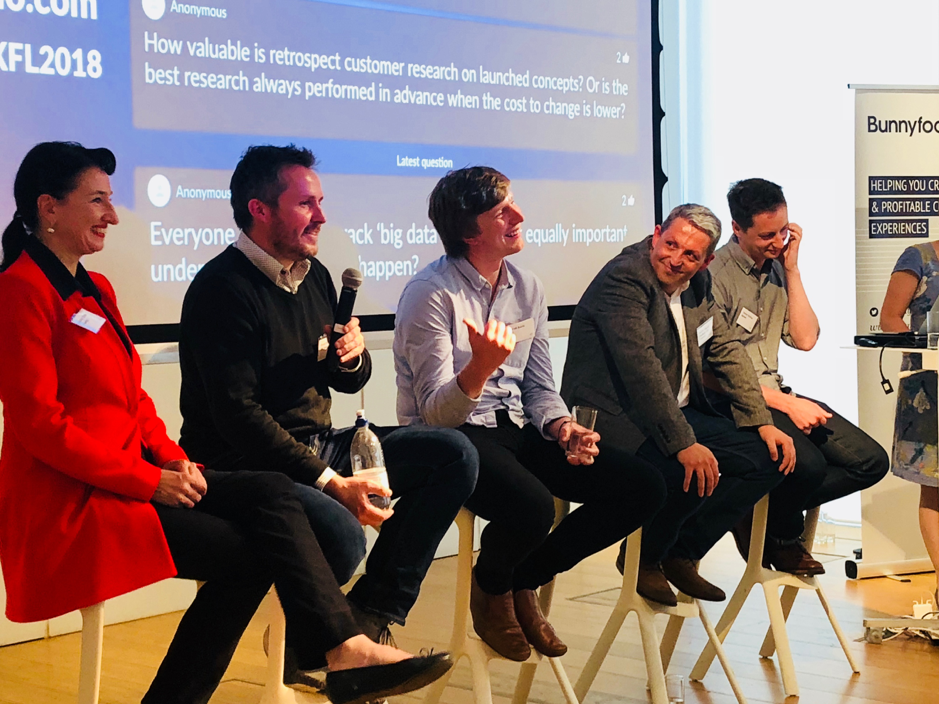 Our speakers answering the audience’s questions

We’re thrilled to say that UX On The Front Line was a great success, and we hope everyone who attended found it as valuable and insightful as we did. Stay tuned for updates about our next workshop, coming in September!

We’re the UK’s leading UX consultancy. We love to help UX advocates create a game-changing service for their customers through user testing and UX strategy. If you’d like to know more, get in touch!