How to build habit-forming products and services

A study found that smartphone users check their phone up to 150 times a day, 53% do so within 5 minutes of waking up in the morning. This appetite has been fueled by an increase in processing speeds, smaller devices, faster internet speeds, improved coverage combined with more products, services and entertainment available online.

The study was found from Nir Eyal’s ‘Hooked – How to Build Habit-Forming Products’. The Hooked model from Eyal’s publication is essential for those who want to increase customer engagement. It is a favourite of our large-scale media clients. What we learned from it was successful companies tend to design their products to be “first to mind”. They do this by attaching their products to users’ internal triggers – which results in repeated use of their product or service without any external prompting. So what does this actually mean and how can it be achieved? Let’s take a closer look at the Hook model.

The 4 steps of the Hooked model: 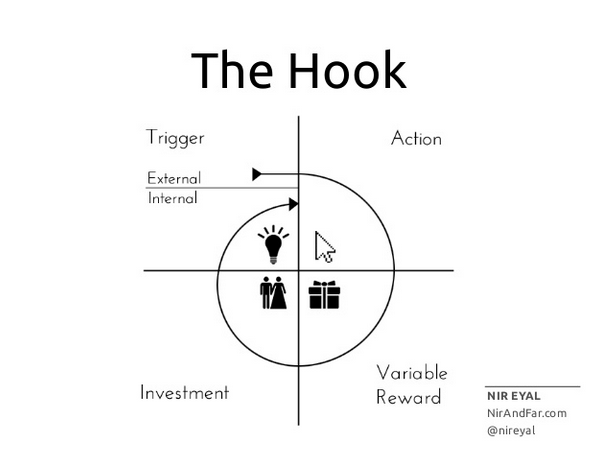 The first step in the Hooked model, the trigger, cues the user to take action providing motivation to do something. There are two types of triggers, external and internal.

External triggers are placed within the user’s physical environment. For example, an advert in a newspaper or website reminding you that Black Friday sales have started. Or, a drinks vending machine placed in a convenient location when you’re leaving the gym in an effort to cash in on your post-workout thirst.

The second step is Action. For users to depend on your product it must fulfill their needs and help complete tasks. For an action to be undertaken this step must be as easy as possible with all barriers to completion removed. This is explained in behavioural scientist, Dr. B.J Fogg’s Behavioral Model. It explains that for any action to occur it must contain a Trigger, Motivation and Ability, all present at the same time in sufficient degrees. 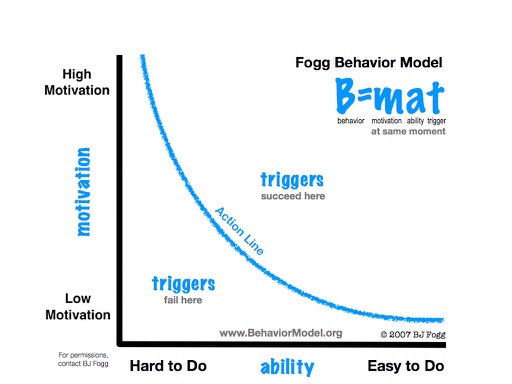 For example, perhaps your phone rang and you didn’t answer it because you lacked the:

This was evident in an experiment carried out by B.F. Skinner (Psychologist) in the 1950s, whereby pigeons received food from a machine every time they pressed a lever. By introducing some variability and dispensing food intermittently, Skinner found that this dramatically increased the number of times the pigeons pressed the lever on the machine. This phenomenon also applies to humans. 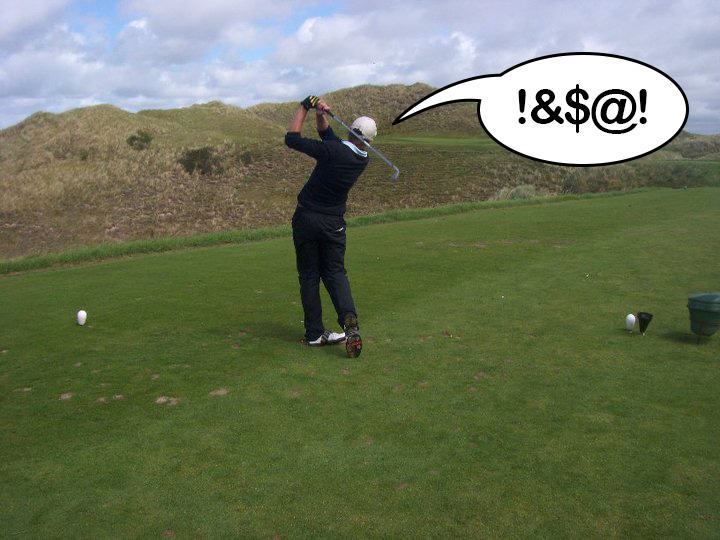 Playing terribly yet coming back for more

Rewards of the self help to explain why users spend hours playing video games. Game progression, completion, levelling up all motivate players to invest more hours in the game and help us achieve personal gratification.

Variable rewards must satisfy user needs yet leave them wanting more and create a stimulus to repeat actions.

The final step in the Hooked model is Investment. This requires some time and effort on behalf of the user in the anticipation of future rewards and triggers. What makes this stage so powerful is that humans tend to overvalue their own work. If companies can entice users to invest time in their product (e.g. creating a profile), they will increase the likelihood of users returning.

With this in mind, Twitter discovered that once new users followed 30 or more other members, a tipping point was reached that increased the odds in users continuing to use the app. This led Twitter to tweak its registration (on-boarding) journey by encouraging new users to begin following others right from the start during the sign-up process.

As seen from the examples above, the Hooked model is a powerful tool. However, with great power comes great responsibility (thanks to Spiderman’s uncle, Ben Parker, for this life lesson). Below is a manipulation decision matrix to help you decide if your product is ethical (or not) by posing the following questions:

If the answers to these questions are both “No” then it is considered exploitation. Of course, caution should be excised so your product doesn’t have a detrimental impact on the life of your users and it is ultimately up to the product/service creator to decide.

Nir Eyal, in his book, suggests that you need to be a user of the product/service to fully understand the needs of your users and leading the product/service to success. However, by employing a user-centred design strategy you can understand the needs of your users through user research and design solutions based on evidence. In our experience, evidence based research is key.