Dundee based Realtime Worlds – no more. 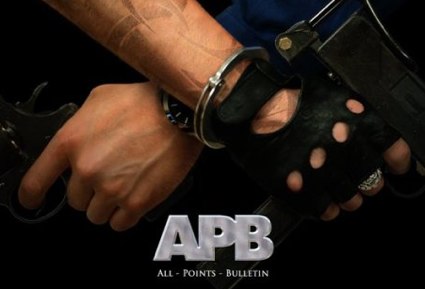 It is sad news this morning to see Dundee based game developers ‘Realtime Worlds’ going into administration. So, what happened?
Real Time Worlds took 5 years to develop their game, All Points Bulletin (APB) which was released a few weeks ago. APB is an immense game, but 5 years of development costs is also immense. In order to cover these costs, APB had to be a massive immediate hit with the public, and this never happened.
In March this year, Labour announced a tax relief scheme of 20% to be given to the gaming industry. Under the new government, this was scrapped. There are mutterings about games developers moving to Canada as it’s 40% cheaper.
Games platforms are evolving, and there is a huge amount going on in the world of touch screens. The Dare to be Digital 2010 competition  saw 2 out of 3 of the prize winners having developed games for touch screens (iPads and phones). The 3rd prize winners developed a game for the Xbox.
ABP was a PC game. It also required gamers to pay per hour or subscribe to play. This extra layer within the user experience  (for a modest gamer like me) seems all a bit of a faff. Perhaps not so much of an extra layer for hard core gamers.
So it’s a blow to the gaming industry, and a blow to Dundee. Dundee’s reputation for game development started with Lemmings which was written by Dundee resident Dave Jones. From creating Lemmings, Jones went onto develop Grant Theft Auto before becoming creative director of Realtime Worlds in 2002. Dundee’s reputation continued to grow, and Abertay University was one of the first to offer courses in video game development.
I just hope this isn’t going to be a trend we see more of. Adapting the Proclaimers song to ‘Realtime Worlds no more’…lets hope it’s finished at that.